The Gaia Update is a (almost) weekly short news podcast on what the earth has been up to. It focuses on the three big natural disaster types: Earthquakes, Volcanoes and Tsunamis, but also highlights other geology and earth science related news and research.

Listen via the embed above or subscribe via itunes.

This week we have some earthquakes, some volcanoes, and another long form update on the Kilauea eruption. Frist we have earthquakes. The following information was provided by the USGS earthquakes site at earthquake.usgs.gov and covers the 11th of September UTC to the 18th of September at 0 UTC.

All the events of magnitude 5+ are plotted for the last week. The events are colored by age (orange today, yellow the rest of the week) and the size of the dot is scaled for the magnitude.

The same data is also available as a KML file for Google Earth if you want to explore the events.

This week there were 31 events between a magnitude 5 and 6 and a significant earthquake with a magnitude revised down to 6.7 located 28 miles North West of Guam. This earthquake occurred at a depth of 137 km or 85 today at 06:14:46 UTC or 16:14 local time in Guam. Because it was so deep there was no danger of a tsunami. Remember tsunamis happen when the earthquake moves the ocean floor enough to significantly displace the water above it. There was no reported damage.

Map slowing the location of the earthquake (the star) relative to the island of Guam and the plate boundary (red).

Volcanoes:
The Volcano Activity Report can be read here
And the report and be downloaded for Google Earth Here 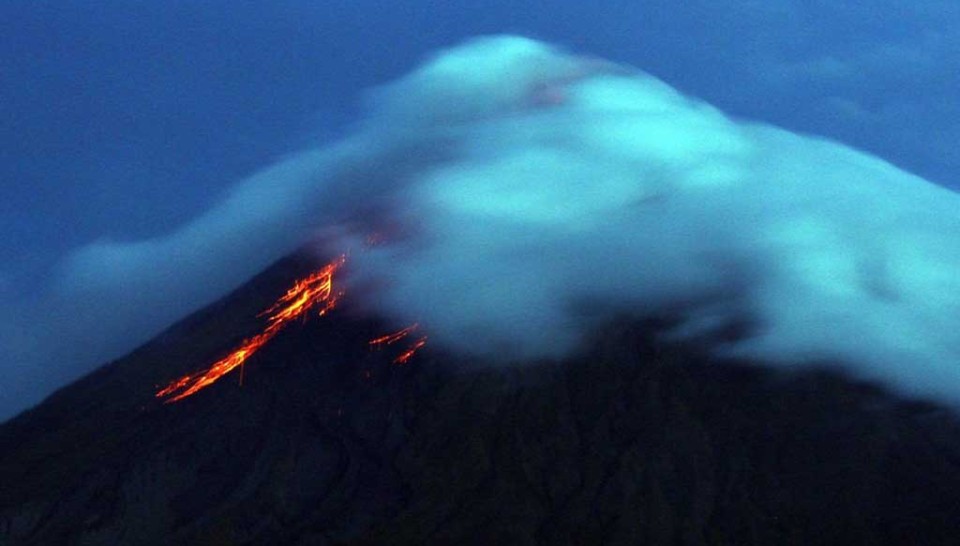 Civil Defense Map of the lava flow for September 17th