See that? Its a fancy new embed code!

Borealis Meditation Podcast S02E04 The one about food, and interview, and new things to come!

Listen to the show here

Freakonomics Radio: You eat what you are 1 and 2

Listen to my interview

Taoism argues that there is a natural order in the world that determines the behavior of all things in existence. Early Taoist thinkers believed in the “oneness” of things the unity of everything in the universe and hoped that by studying the world of nature they would discover essential laws.
This attention to the spirit of things particularly naturally occurring phenomena like water or wind lend Taoists into a systematic investigation that became the beginning of science in China. Later on Taoism operated on a more popular level the belief that inanimate objects had their own spirit or god gave rise to a system of warship designed to appease these power which was far removed from the early Taoist principles.
– From Ancient cultures: Chinese gods and myths
Twitter @ me
email me
facebook me
like the show


Listen to the show here


Segment 1: The current state of Kathleen’s religious beliefs subject to change at my time without notice.


Segment 2: Holidays! Can’t we all just get along? 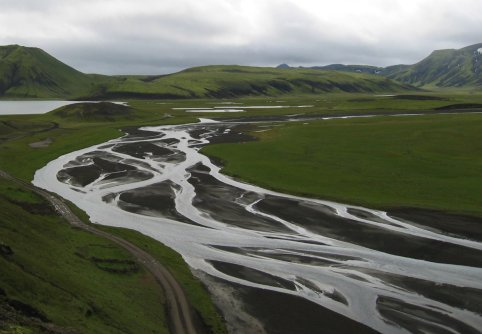 Segment 4: Control of Nature by John McPhee: wrapping up Atchafalaya and introducing cooling the lava

CONTEST to win one of these: next episode discussion questions will be out, to enter answer them along with the following question:

– What famous hollywood moving has a scene based on the events from Cooling the Lava?
–  What is the name of the movie and what is the scene?

Listen to me here

– What are your feelings on the fact that we are keeping the Mississippi River in its current bed and not letting it migrate across the delta?

– What is the closest river or stream to where you live? Are there any man made modifications to it? How do you feel about it?

– What factors along the drainage and path of the Mississippi river have changed since the water flux for the Project Flood was calculated that add to the increase in flux of water through the lower Mississippi during high stands?

February 27, 2012 / katborealis / 0 Comments
This is the first episode for Season 2 (the season of slightly organized chaos)
of the Borealis Meditation Podcast

Listen and download the episode here
or from the itunes feed

The Main topic of this episode was Sonification of Data
The first featured data set was the 2011 earthquake catalog of events over Magnitude 4.5
[youtube http://www.youtube.com/watch?v=cwWn_W6ZbT4]

the audio segment I shared was from Feb 1 – April 15

The next featured data set was star oscillations by the artist Jeff Talman. I played a segment of his piece Nature of the night sky (2011)

Please check out his website
Also check out the installations website
And the NPR interview
And please support this work by buying a CD from CD baby!

Nu Indi – is a tight binary system. A blue-white +6.0 magnitude star is separated from a +6.1 magnitude yellowish-white star by only 0.1 seconds of arc.

Mu Herculis – in the constellation Hercules and is in a system about 27.1 light years from earth

Beta Virginis – is a star in the constellation of virgo and has a traditional name of Zavihava and alaraph, it is the fifth star in order of brightness

Alpha Centari B – brightest star in the constellation of Centaurus, it is a binary star system and only B was used in this recording

Tau Ceti – in the constellation Cetus and specrtally similar to the sun, centus is a sea monster in greek mythology and it is also often called the whale today we are reading:
The Control of Nature by John McPhee (link to amazon but go to a local bookstore!)
Read Chapter 1 for next episode (end of March)

Feedback requested:
Volcanoes and earthquakes you would like me to talk about
Regions where you live for geomorphology and rock hounding!