Pagan Island, getting to know you….

July 27, 2012 / katborealis / 0 Comments
There was no activity reported for Pagan Volcano this week, so we are going to look at the island itself this week. I think Its an excellent example of an island arc volcano.

This is a diagram of an island volcanic arc. See? We are back to the structure of the earth, like I said its always important. In order to produce an island volcanic arc, you will have an oceanic/oceanic subduction zone. The oceanic crust that is subducted is the older thicker and denser of the two oceanic plates.
Once the older oceanic crust is subducted to around 100km the water will be driven out of the rocks and lower the melting temperature of the surrounding mantle. That is the 101 explanation of what is going on and is pretty accurate. This produces melt that becomes buoyant and rises. When this magma breaks through to the ocean floor it starts to build volcanoes.
Once these volcanoes start to build they produce underwater eruptions until they have built up enough mass to break the ocean surface. Then it starts to build islands. These islands are volcanic arcs.
That is how Pagan Volcano was built. 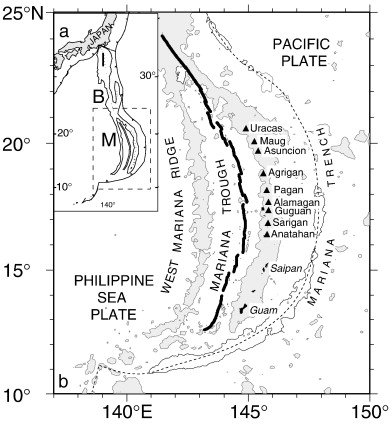 As you can see Pagan Island is part of a chain of volcanic arc islands that sit above the subducting Pacific plate as it dives under the Philippine Sea Plate. The Mariana trench is also home to the deepest point on the earth the Challenger Deep. It is 10,898 m (35,755 ft) to 10,916 m (35,814 ft) below sea level. 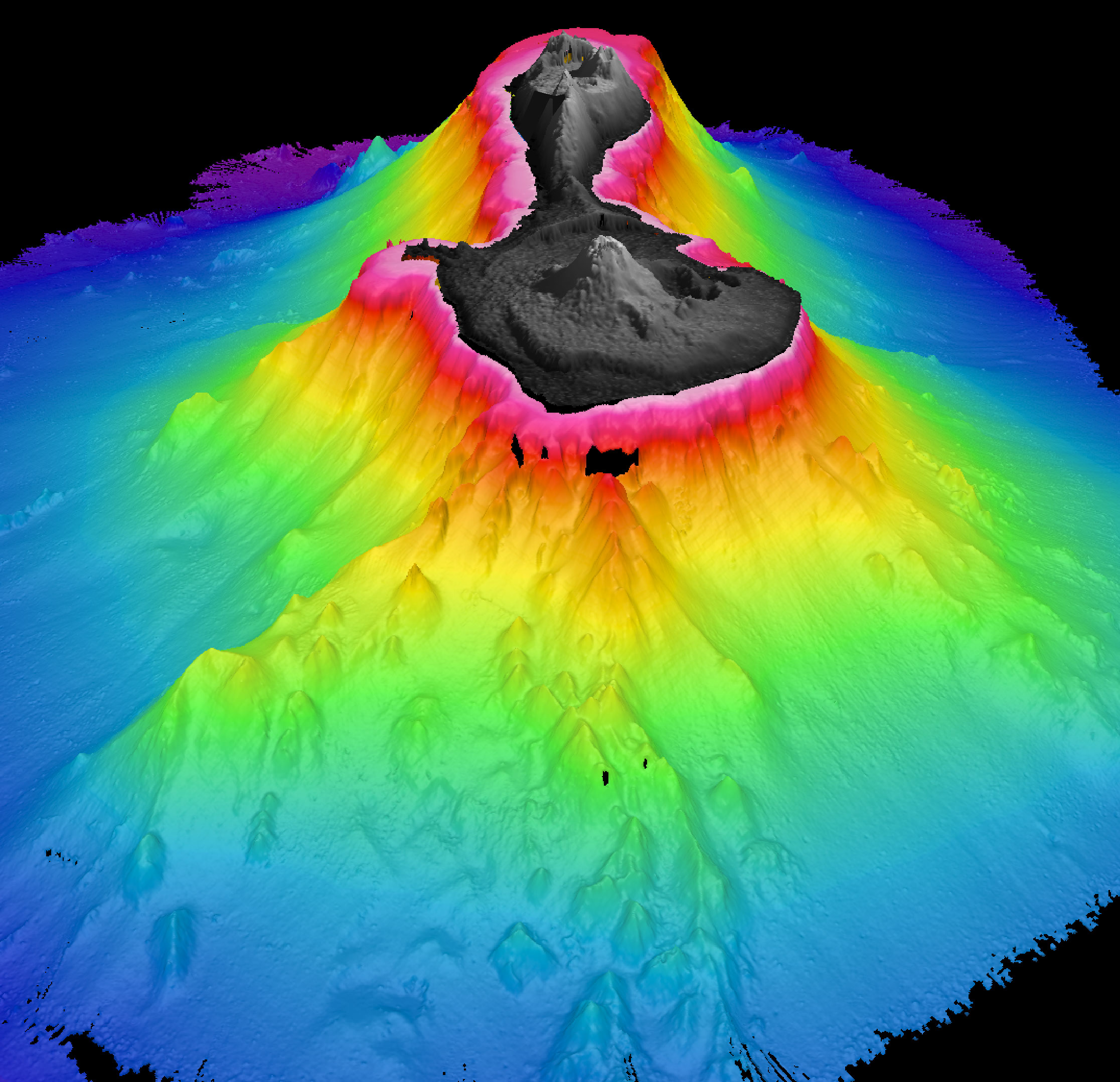 Here is Pagan Island rising from the seafloor with a vertical exaggeration of 3
Next time we will talk about the island itself and how it formed!